Many people have expressed shock at the news of KABA, Kwadwo Asare Baffour Acheampong’s death.

KABA’s death has turned out to be a national pain as tributes keep pouring out from high profiled personalities. Former Presidents John Agyekum Kuffour; John Dramani Mahama; President Akufo Addo and Veep Mahamudu Bawumia have all expressed shock at his death.

He has been described as a hardworking fellow who gave radio political and current affairs talk show a new face with his ‘Ekosii Sen’ Show.

The newest celebrity to join in mourning the Asempa FM’s political and current affairs host is Ebony Reigns.

The young musician has been spotted in the studios of Adom TV with Countryman Songo to mourn the sad demise of KABA.

Ebony disclosed that she is short of words because he admired how KABA went about his talk show.

Even more heartbreaking is that KABA got married just last year and has a young infant to look after, Ebony said.

“I don’t even know what to say, I have lost all my word,” she stated. The ‘Sponsor’ hit maker further sent her condolences to the wife of KABA, Valentina Ofori Afriyie, the family and the Multimedia Group. “You guys have really lost an amazing person; I am very sorry about this,” Ebony said.

Kwadwo Asare Baffour Acheampong, affectionately called KABA died on Saturday November 18. He is said to have died while transiting from a prayer camp to the Korle Bu Teaching Hospital, according to reports.

A book of condolence has been opened at the Multimedia Group offices and many people are signing it. 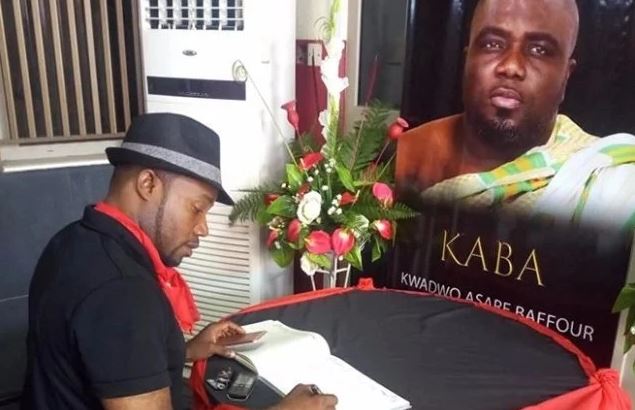 Early on Monday morning, a memorial service was held in honour of KABA.

The service was well attended by KABA’s colleagues, friends from the media, family and the public.

Ama K. Abrebrese details reasons for her ‘big’ move from the U.K. to Ghana

Ama K. Abrebrese details reasons for her ‘big’ move from the U.K. to Ghana