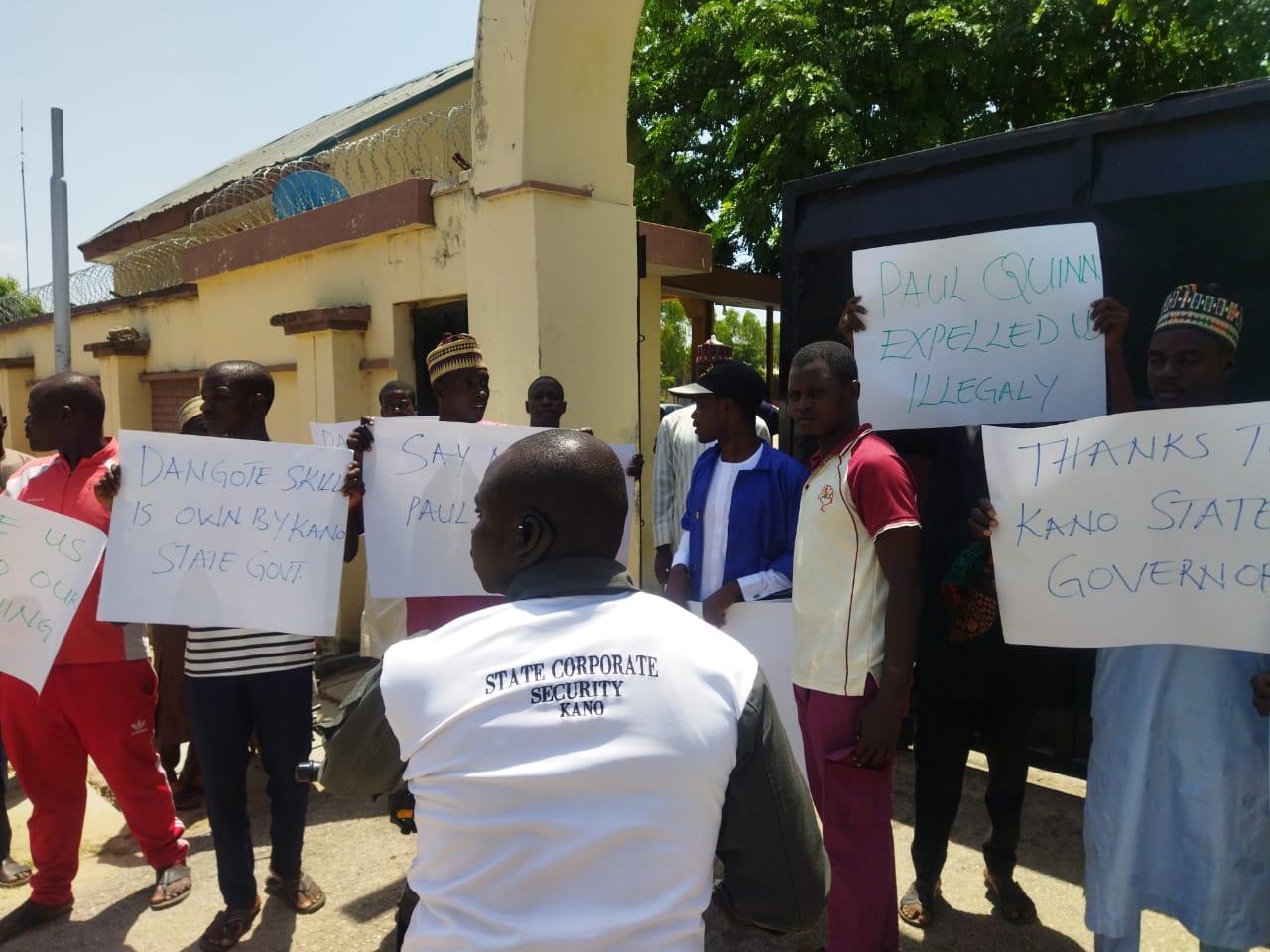 Some students of the Kano state-owned Dangote Skills Acquisition Centre, on Tuesday, protested against expulsion from the institution.

The expelled students numbering about three hundred besieged the Kano State House of Assembly Complex Tuesday asking the lawmakers and the state government to intervene in the matter.

The students led by Abubakar Isma’I’ claimed 400 of the 600 students enrolled in the school were expelled “unjustly”.

When asked why they were expelled, the students claimed the new head of the school, Paul Quinn, an expatriate from India l, wanted to cut down the cost of running the centre. 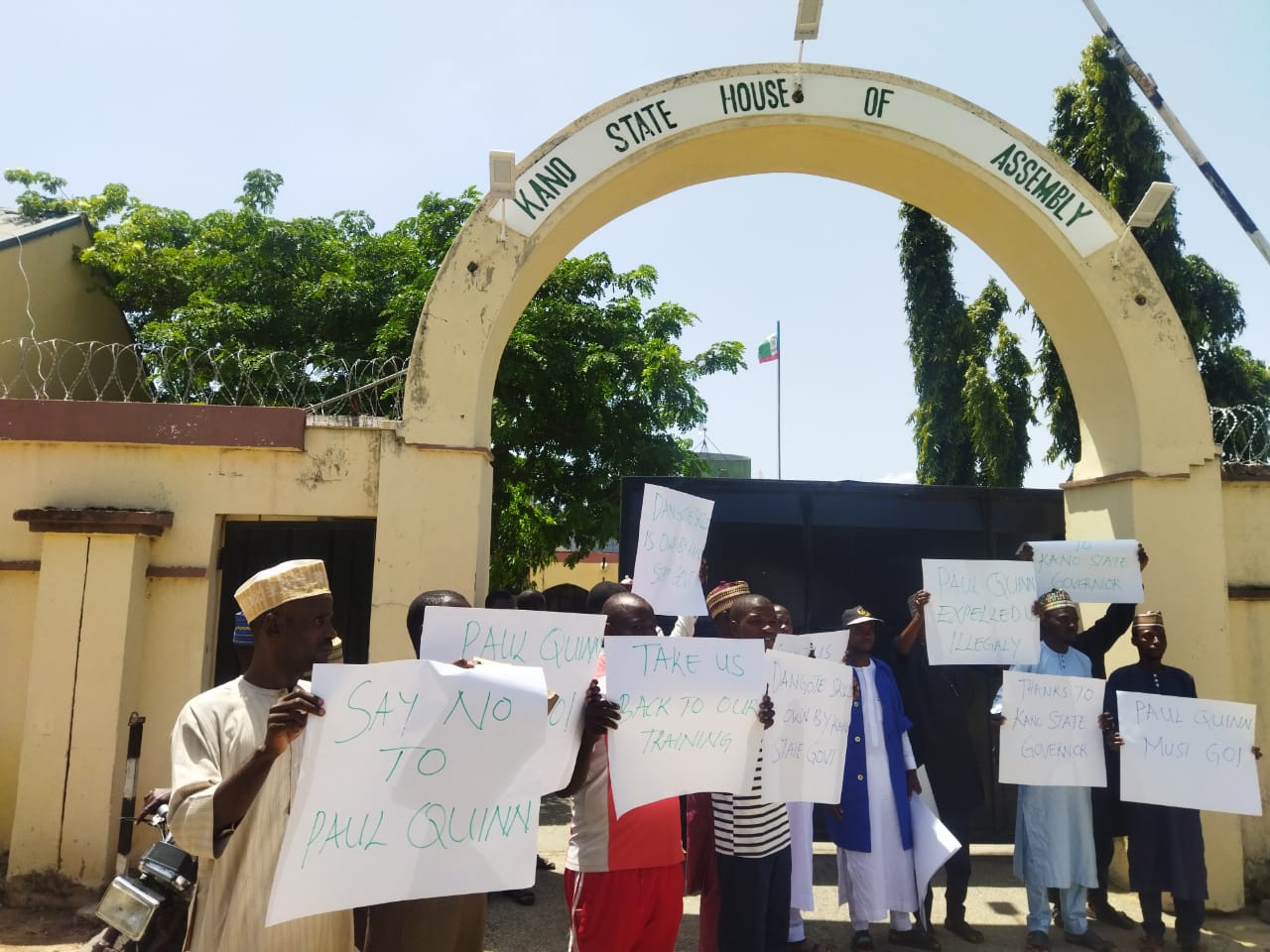 But insiders told PREMIUM TIMES the students were expelled because many of them were regularly absent from classes.

“We are pleading with the government to kindly intervene and take us back to our centre for us to complete our training and benefits from all the packages planned for us, the leader of the protesting students, Mr Isma’il said.

Some of the students carried placards with different inscriptions that also called for the removal of the centre’s Director-General, Paul Quinn. 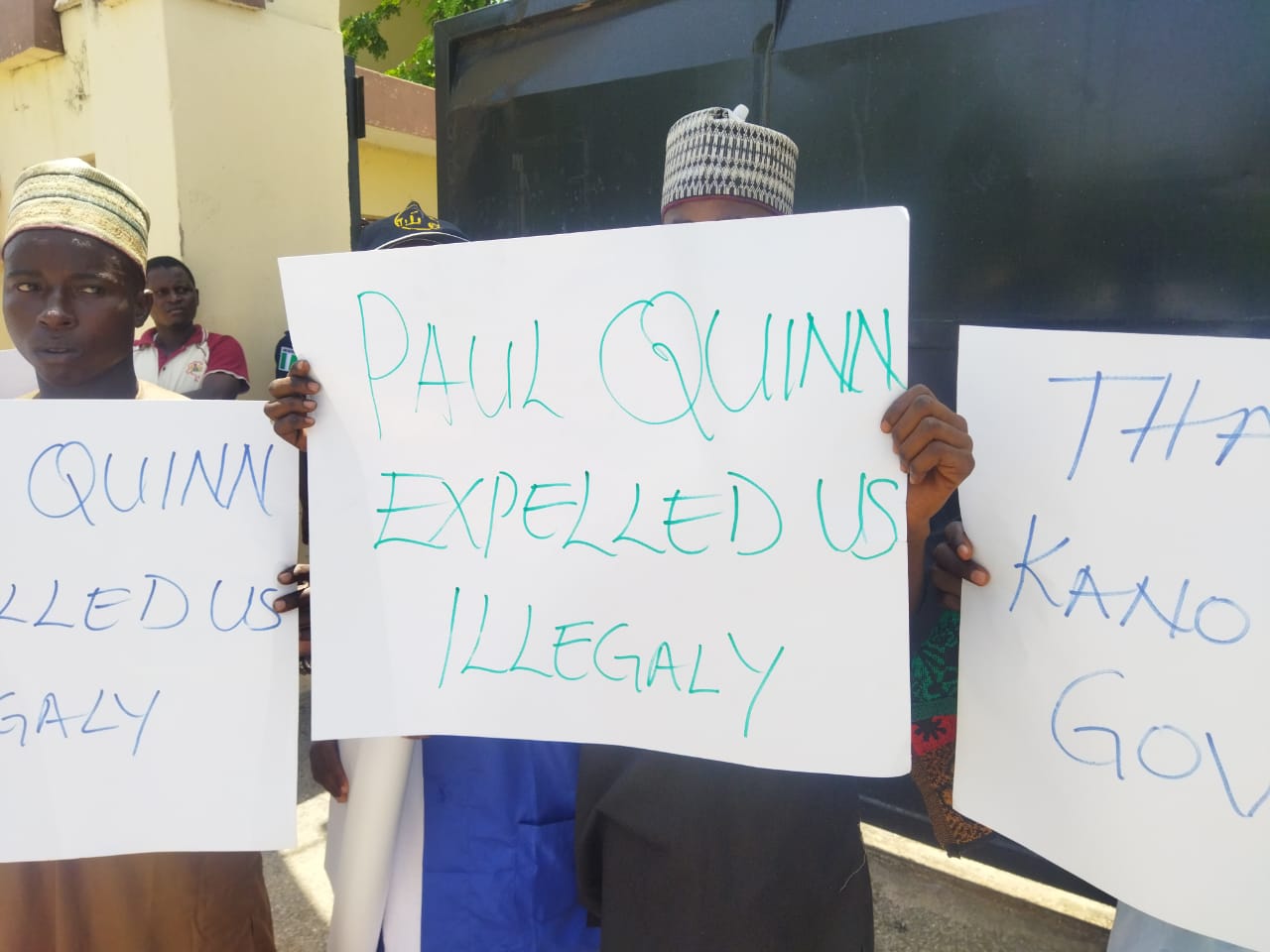 “That up to the juncture of our erroneous expulsion, there is no single statutory act backing the running of the centre, regardless of students’ handbook and union government of which the effort was (allegedly) frustrated, Mr Isma’il said.

Efforts to speak with the authorities of the training centre were unsuccessful.

When PREMIUM TIMES visited the centre located at the ‘Kwanar Gurjiya’ area of the city, Mr Quinn declined to speak to reporters about the matter.