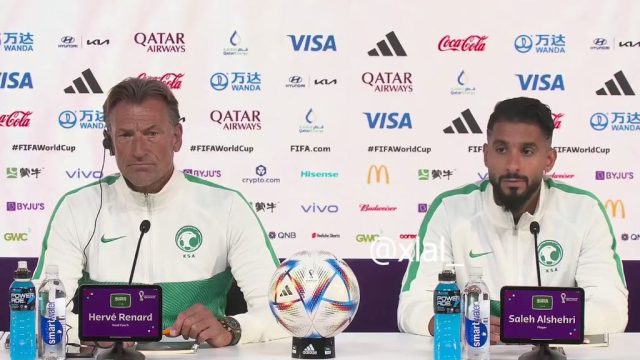 According to multiple reports in the mainstream media and social media, Saudi Prince Mohammed bin Salman rewarded each player of the Saudi Arabia national team with a Rolls-Royce Phantom following their win over Argentina at the ongoing FIFA World Cup. Striker Saleh Alshehri and head coach Hervé Renard, however, have both denied the rumour.

Speaking during a media conference prior to their game against Poland, Alshehri was asked by a reporter about the Rolls-Royce that he was allegedly getting and what colour he was choosing. It wouldn’t be a small gift: A Phantom model starts at close to $460,000.

The player denied the rumours, and the reporter responded, “It’s a shame, right?”

However, Alshehri was not in a joking mood.

“We are here to serve our country and do our best,” he said. “So that’s our biggest achievement.”

Renard also provided an answer; he stressed the importance of making it known that his players are not taking their opponents lightly and that they intend to keep fighting for victories.

“We still have to get very important games, and we are hoping some more. There is nothing true about this comment. We’ve only played one game at the moment.”

Saudi Arabia caused an upset by beating Argentina 2-1 on November 22 thanks to goals by Alshehri and Salem Aldawsari in the second half. Argentina held possession of the ball for 70 percent of the match and entered halftime with a 1-0 lead, but that wasn’t enough to hold off Saudi Arabia’s comeback efforts as it became the first team in Group C to get a win.

The Green Falcons, however, lost Saturday’s match to Poland 2-0, and will now need a win against Mexico in their final group game to guarantee a spot in the knockout rounds of the World Cup.

A draw could also be enough for the Asian side to progress to the round of 16 depending on the outcome of the group’s other game between Argentina and Poland.
[