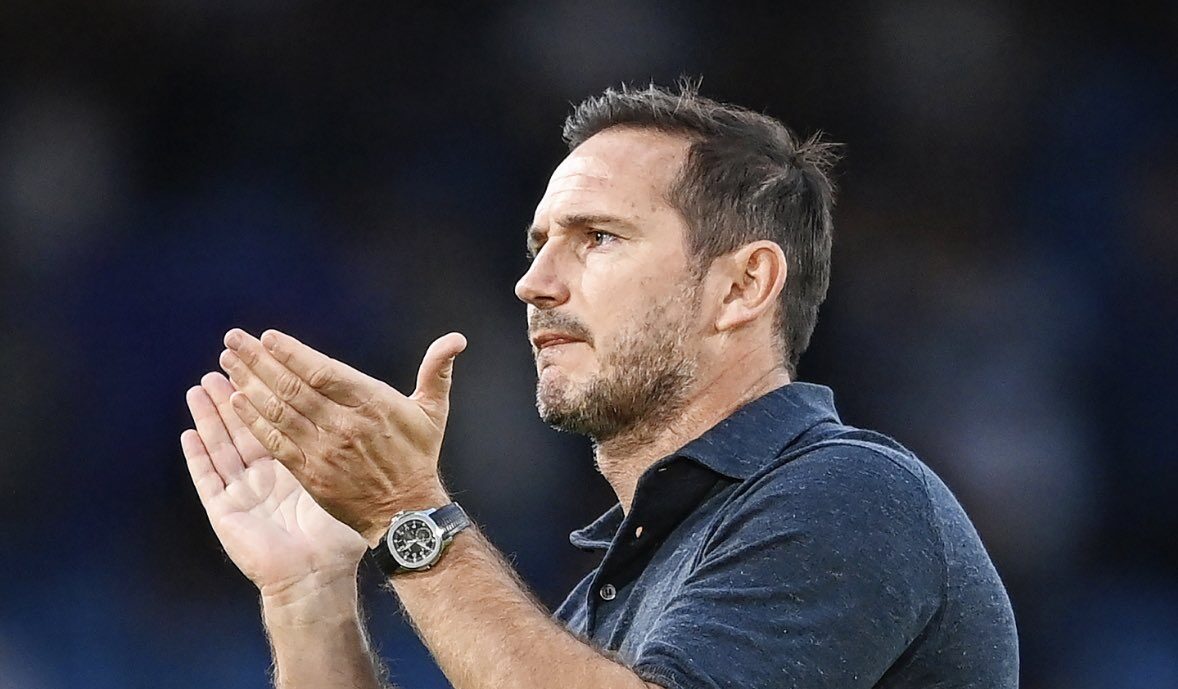 The English Premier League witnessed another managerial casualty following the sacking of Frank Lampard as Everton’s head coach on Monday.

Lampard’s sacking has long been anticipated following the poor string of results under his watch; the latest being last weekend’s 2-0 loss to fellow relegation battlers, West Ham.

With Saturday’s result, Everton have 15 points from 20 games this season; their worst ever in the history of their participation in the Premier League

Lampard, 44, has overseen just three Premier League wins all season while Everton also failed to progress past the third round in the FA Cup and League Cup.

The decision to sack Lampard comes a year and a week after Rafael Benitez was also given his marching orders after just seven months in the post.

Lampard’s departure marks a sad end to a managerial tenure that held so much promise in its early days.

Many still have fond memories of the emotional night at Goodison last May when the Toffees secured their Premier League survival with a stunning come-from-behind win over Crystal Palace.

Though Lampard may not have gotten the required results to keep his job, his positive influence on some of the Everton players cannot be wished aside.

READ ALSO: Frank Lampard to be sacked by Chelsea – Report

Particularly, many will be proud of the vast improvement made by Nigeria’s Alex Iwobi under the former Derby County and ex-Chelsea manager.

Iwobi aside from becoming a super regular and playing virtually every minute week in and week out has also contributed greatly in terms of goals and assists.

While an official statement is being awaited on who takes over from Lampard, many names are already in the hat as possible replacements.

The long list includes Sean Dyche, Nuno Espirito Santo, Wayne Rooney, Marcelo Bielsa, and Duncan Ferguson, among many others, as Everton kickstart the process of hiring their eighth manager in 10 years.