Rapper Pope Skinny donated some stationery to some schools at Amanokrom Akuapem in the Eastern Region where he hails.

The host of Kasahare Level on Adom FM, who toured some parts of the world including the US with Shatta Wale, noted that it is a humble feeling to give back to the society.

The rapper, born Edwin Ohene Darko, donated books branded with his images and of the Asuoden Music, which he is the CEO of.

The rapper also sounded a clarion call for his colleagues in the industry to almost emulate his gesture and extend a helping hand to the needy.

Pope Skinny shared on his Facebook images of the donation saying “I believe in giving and most especially giving back to the community.

“I just donated books and stationary to the primary and JHS in the eastern region (Amanokrom Akuapem). Let’s help the needy.” 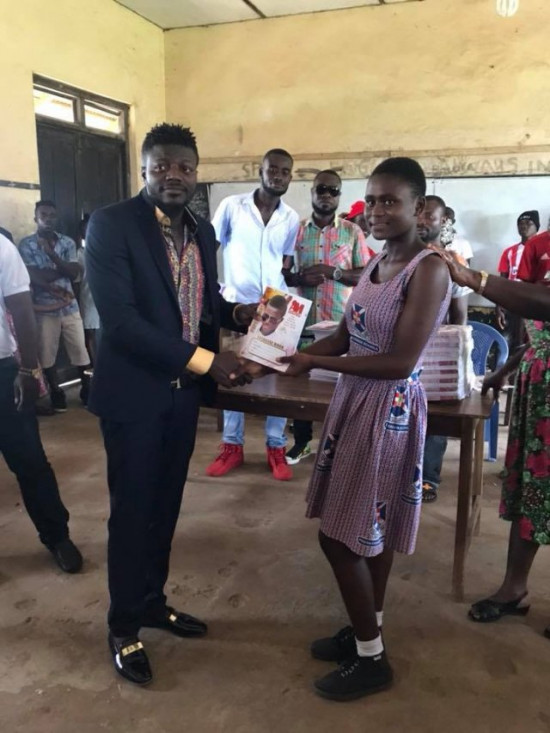 I Was Scared To Sleep With Genevieve Nnaji – Okechuku