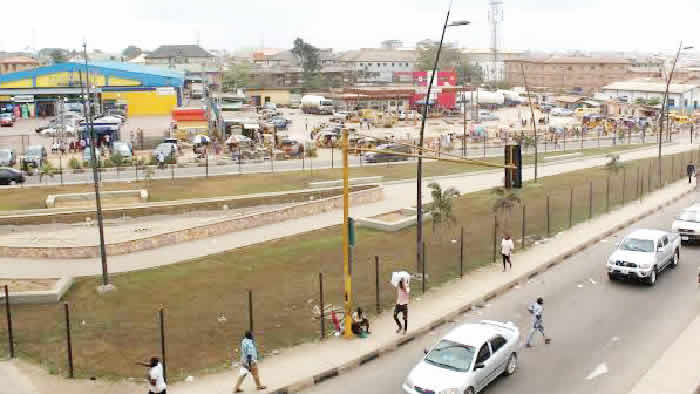 Residents of Abule Taylor community in the Abule Egba area of Lagos State have lamented incessant gunshots every midnight in the area.

The residents, who spoke to our correspondent, also decried the activities of burglars and miscreants who terrorised people in the community.

A resident, who identified himself simply as Biggie for security reasons, said he realised he was not the only one aware of the situation when he got a call from a neighbour while another shooting was going on.

He said, “A neighbour called my phone one midnight to alert me when he heard the gunshots. I told him that wasn’t the first time such was happening. It has been the case since a man in the neighbourhood was shot dead inside his house while wrestling with armed robbers.”

Another resident, Kola Ajayi, said the neighbourhood also had the same challenge in 2019.

“It was after the community hired vigilantes that the gunshots stopped. Now, the situation is repeating itself,” he added.

The Chairman, Abule Taylor Community Development Association, Oluwaniyi Emmanuel, confirmed the situation to our correspondent but said “it’s been a while I heard the sound.”

He, however, lamented the activities of miscreants and burglars in the area.

Emmanuel said, “The house opposite the open space where we hold our CDA meetings was recently broken into by burglars who carted away all the property. The principal culprit is from Abiodun Aina Street. He has been disowned by his mother.

“Also, armed robbers do attack and extort those who use Automated Teller Machines in the area. The kiosks where alcoholic drinks are sold in the area are becoming a safe haven for criminals who launch operations from the base.

“We’ve complained to the Lagos State Government, but no serious action was taken. The joint CDA wrote a letter to the Commissioner of Police to deploy officers in the area. However, what the officers were doing was checking vehicle particulars.”

The CDA Assistant Chairman, Okolo Chukwuedo, said, “There was a time a man was killed on the street where the CDA chairman lives. His house was broken into by the people who shot him dead.”

The Lagos State Police Public Relations Officer, SP Benjamin Hundeyin, could not be reached for comments as of press time.