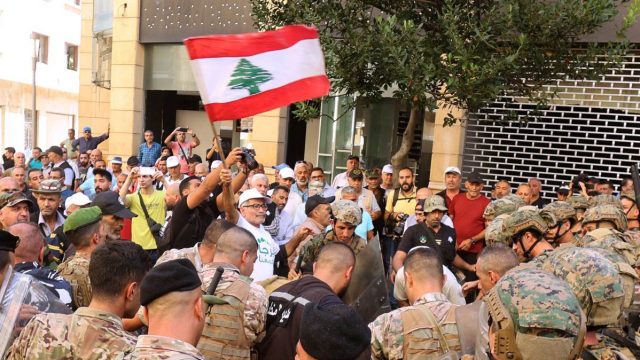 Lebanon’s parliament on Monday approved the 2022 budget, one of the conditions set by the International Monetary Fund to action a bailout for the crisis-stricken country.

Lebanon and the IMF had reached a conditional agreement on a $3 billion loan in April to help the country tackle its economic crisis, but the global lender last week condemned the “very slow” progress Beirut has made towards implementing reforms.

Lawmakers on Monday approved the budget with 63 votes in favour and 37 opposed, the state news agency NNA reported.

The approved budget sets expenditures at 41 trillion pounds (about $1.2 billion according to black market exchange rates), while revenues were projected at 30 trillion pounds.

Among the key changes was a “temporary” doubling of public servants’ salaries and pensions, which would now reach a maximum of 12 million pounds (about $324).

Lebanon is in the throes of an economic meltdown that the World Bank has branded one of the world’s worst crises in modern times.

The IMF has conditioned its loan on a series of measures, including the approval of the budget as well as reforms to bank secrecy laws, restructuring of the banking sector and the implementation of formal capital controls.

The head of a visiting IMF delegation last week said the country had yet to implement the needed reforms.