Highlife crooner, Kwabena Kwabena, has featured award-winning Ghanaian rapper, singer and songwriter, Manifest, in a new hit that is sure to silence critics of highlife music.

The hit song, Adansie (or testimony), was produced under the KBKB Music label and sound-engineered by the legendary Kwame Yeboah.

The new song is one of many immaculate compositions on Kwabena Kwabena’s 5th album titled Ahyeshi (or the beginning) set for launch on November 30, 2017.

The launch of the Kwabena Kwabena’s latest album at +233 Pub and Grill in Accra will see performances by heavy-weights in the music industry like KOD, Becca, Ofori Amponsah, Asantewaa and others.

“They say highlife music is dead, guess what, it is because they can’t play live band music that is why they say it is dead. Come let’s play you some live music,” Kwabena Kwabena says in a promotional video about the launch.

The event will be MCeed by the delectable Nana Ama McBrown. 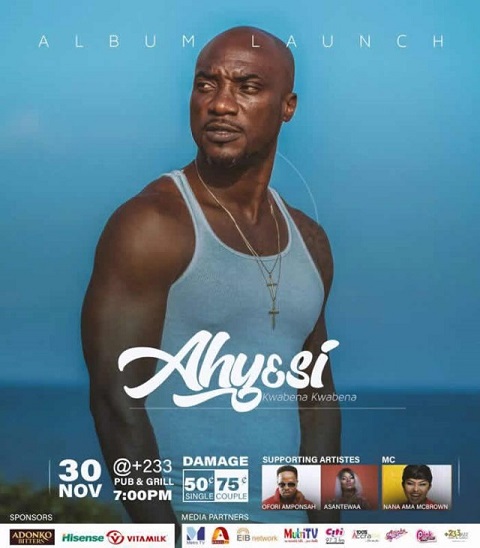