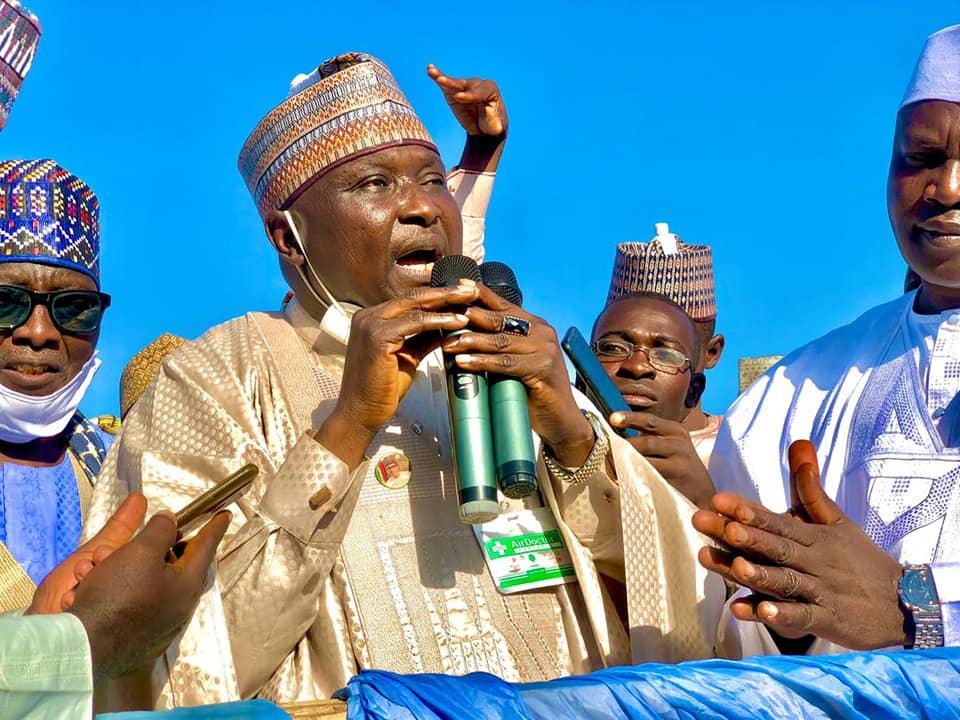 The Majority Leader of the House of Representatives, Alhassan Doguwa, says he has flagged off the presidential campaign within his household, with 28 children and four wives.

Mr Doguwa, while speaking on the floor of the House on Wednesday, said though his party, the ruling All Progressives Congress (APC), has postponed its flag off of the presidential campaign, he has commenced the campaign in his household.

The lawmaker, who represents Doguwa/Tudun Wada Federal Constituency of Kano State, has been a member of the House since 2007.

Mr Doguwa, who is fond of bragging about his large household, said his entire household will vote for Bola Tinubu, the APC presidential candidate.

“Today is the 28th day of September, which is the flag off of presidential and National Assembly campaigns. Even though my party had cause to reschedule their programme and activities, I have done my flag off with my 28 children and four wives, who will vote for Tinubu and every other candidate of the APC.

“I came in very unusually late into the chamber. I had to flag off my campaign and the campaign of my presidential candidate, Tinubu. I was actually doing something worthwhile,” he said.

The ruling party had on Monday, postponed the inauguration of the campaign council indefinitely over the controversy on the Presidential Campaign Council (PCC) list.

PREMIUM TIMES had exclusively reported that the 422-member PCC released by the Secretary of the council, James Falake, did not go down well with the governors, who threatened to withdraw their support for the campaign.

This newspaper also reported that Mr Lalong and the Chairman of APC Governors Forum, Abubakar Bagudu, had resolved to expand the list, to accommodate the interest of the governors.

Iran police to oppose protests with ‘all their might’