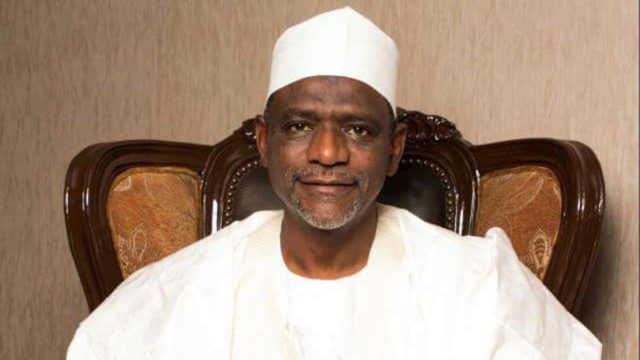 There are growing fears by the United Nations Children’s Fund (UNICEF) that over 1.5 million children’s education and health are facing challenge as a result of recent flooding, which affected over 30 states in Nigeria.

Although climate change has been partly attributed to this flooding, The Guardian gathered that more than 2.5 million Nigerians, 60 per cent being children, are believed to be in dire need of humanitarian assistance.

States such as Bayelsa, Kogi and Delta, among other coastal communities, are worst hit.

The government of Anambra and Bayelsa states explained that the closure of both public and private schools became necessary to ensure the safety of school children.

In June, the Federal Government launched a Human Capital Development (HCD) strategic plan where it highlighted key targets for the education sector, including reducing the number of out-of-school-children by 70 per cent before 2030.

A new UNESCO data showed that 20 million out of the estimated 98 million out-of-school-children in sub-Saharan Africa, are in Nigeria, the highest in the region, leading countries such as Ethiopia, with 10.5 million, the Democratic Republic of Congo (5.9million) and Kenya (1.8million).

The flooding in about 31 of Nigeria’s 36 states is taking a toll on education as schools and learning facilities were submerged in many communities across the country.

According to figures from the United Nations Satellite Centre (UNOSAT), there are 1,424 schools potentially exposed to maximum flood water.

The Bayelsa State government had ordered that public primary, secondary, and private schools in the state stop academic activities. The state government said the decision became necessary to protect the lives of instructors and pupils as floodwaters continue to inundate portions of the state.

This is not the first time the state government would be closing down schools because of flood. In 2020, the governor, Douye Diri, directed that schools in the state be closed due to rising floodwaters that had taken over homes, schools and farmlands.

An educationist, Patrick Nwosu, lamented that the floods have resulted in inequality in learning across the country, as affected tertiary institutions could no longer continue with their mapped curriculum and scheme of works because they are shut out by flood.

“The inequality is heightened by the fact that most of these universities are just coming out of eight-month strike embarked on by Academic Staff Union of Universities (ASUU), while those in private universities were having their lectures, and now, public universities are forced to shut down again. Without any iota of doubt, this amounts to learning inequality. The flood has jeopardised learning.”

Similarly, National Association of Proprietors of Private Schools (NAPPS) described the situation as a big blow to education in both private and public schools.

The association said: “We are out of business now, and even after the waters have gone down, the damage cannot be overcome immediately. Academic activities are put on hold for now, and this is very disturbing considering the well-being of the children and learning disruptions this will cause them.

“Over 22 schools, both public and private, in Ahoda East of Rivers State, for instance, were submerged and educational activities are adversely affected, putting access to education in the state and other parts of the country in a mess,” the group said.

Laolu Oguntona, a senior lecturer in the department of education management at the University of Lagos (UNILAG), lamented that the affected students, especially at the primary and secondary school levels, could miss a term if the situation is not handled, properly.

A concerned parent, Oluchi Unuigo, said the floods have grounded education and jeopardised the future of many youth as there are little or no education activities going on in the affected states across the federation.

She said: “The children are missing out on academic activities. They might not even write their first-term examinations due to this development and when they resume for second term, it may draw them back. Infact, there is little or no access to education in those states, especially in the northern region,” she said.

Some of the affected pupils lamented their fate, saying their dream of going to school has been temporarily halted.

It was a sorry situation at Methodist Primary School, Agada, in Ipokia Council of Ogun State, which is the only primary learning centre in the community, had never been renovated since it was founded in 1929, except for some interventions by old students.

According to a humanitarian group, Save the Children International, widespread flooding over the past three months has thrown the lives of more than 1.25 million children in Nigeria off course.

The organisation said about 250 schools in the country were destroyed and millions of people forced to flee their homes. It said flooding has taken a serious toll on children’s learning.

Globally, the group explained that the widespread flooding over the past three months had thrown the lives of about 19 million children off course in the top five most impacted countries.

It said children in Pakistan, Nigeria, India, Chad and South Sudan witnessed the most extensive flooding globally between August and October this year.

It added: “In Nigeria where about 19 million people were already experiencing crisis-levels of hunger or worse, extreme flooding has destroyed hundreds of thousands of acres of farmland. More than 1.25 million children are affected by the worst floods to hit Nigeria in a decade with about 250 schools destroyed and millions of people forced to flee their homes, flooding has taken a serious toll on children’s learning.”

A public analyst, Roberts Nwanze, urged governments of flood ravaged states to plan an education intervention programme for the pupils to cover up.

He said there should be an extended class, for such pupils to make up for lost time. According to him: “The flood has negatively impacted education and for pupils to regain lost grounds, the education ministry should relocate affected students to no-flood zones with adequate provision of accommodation, feeding and clothing, so that learning can happen seamlessly.

“Government should plan an education intervention programme for the pupils to cover up, which means there should be an extended class. Government should map out a plan, there must be plan to match up with incidences like hybrid learning. There should be preemptive programmes of online learning going side-by-side the physical classes so that switching online will be easier,” he stated.