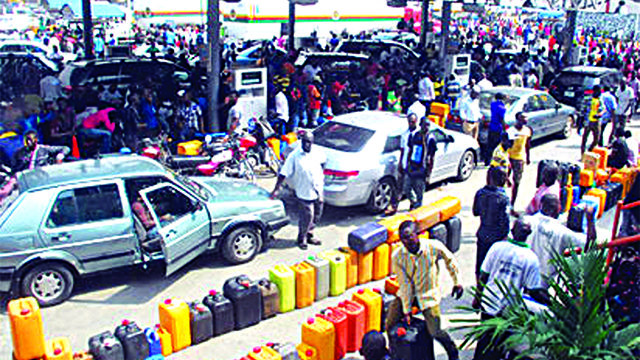 The Traffic Compliance and Enforcement Corps (TRACE) in Ogun, has advised operators of petrol stations and buyers to maintain orderliness at petrol stations to avoid mishaps.

The Zonal Commander of TRACE in Sango-Ota, Mr Adekunle Ajibade, gave the advice in an interview with the News Agency of Nigeria (NAN) on Friday, in Ota.

Ajibade said the advice had become necessary, particularly during the yuletide period, which was characterised by increased vehicular and human activities.

“We are appealing to both the fuel sellers and buyers to exercise patience to ensure orderliness to avoid any fire outbreak.

“In addition, the fuel sellers should refrain from selling in gallons and cans to prevent avoidable loss of lives through the explosion,” he said.

The TRACE boss enjoined the motoring public to call on TRACE personnel in case of traffic hitches and break down of vehicles for prompt response and removal of such vehicles.