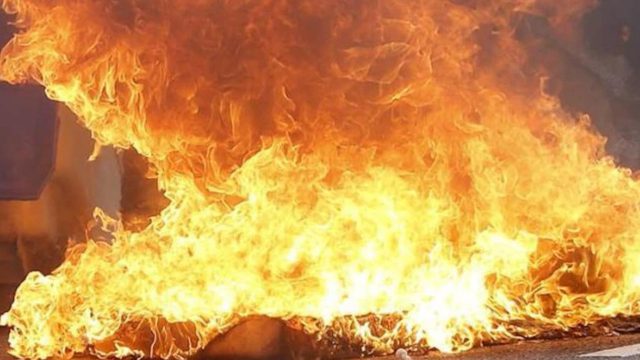 The Sri Lankan police say 80 houses were destroyed due to a fire that broke out in a highly populous area in Colombo, with around 220 people displaced.

According to the police, the fire broke out at the Kajeemawatte Flats in Thotalanga at around 8 p.m. (1430 GMT) on

Tuesday night and it took firefighters several hours to get the fire under control.
Twelve fire trucks were deployed.

No casualties are reported in the incident, and those affected are housed in community centers and places of worship.

The police are yet to determine the cause of the fire and the total property damage has not been estimated.

President Ranil Wickremesinghe instructed the President’s Secretary Saman Ekanayake to take steps to provide immediate relief to all the residents affected by the fire.