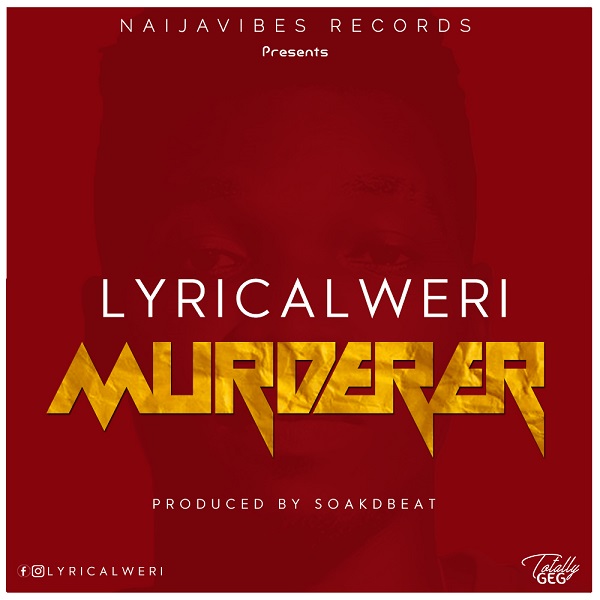 Following the massive success of his last single ‘Turn Up‘, NaijaVibes Recordsfrontline artiste, Lyrical Weri ups the ante with another smashing reggae-dancehall hit titled ‘Murderer’. Lyrical Weri has been dropping hit sounds, from ‘Mummy Mi’ and ‘Turn Up’ which has been rated as classic hits, he continues his journey to the top with this hit banger “Murderer” produced by SoakDBeat. The fresh reggae-dancehall single serves as Lyrical Weri’s first release of the year. Anticipate more dope songs from the fast-rising artiste this year.