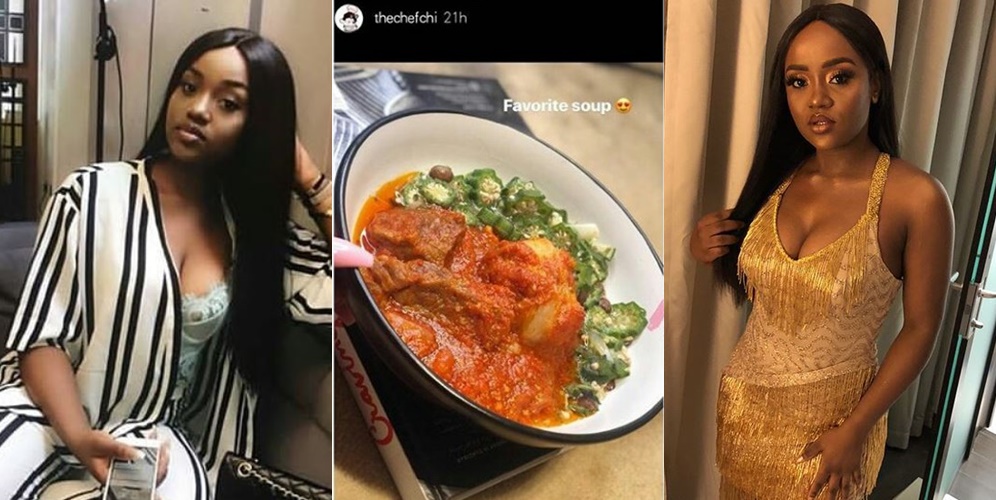 Davido’s girlfriend Chioma who may appear to be easy going and quite gentle has just replied an online troll who slammed her cooking ability.

Chioma who shared a photo of her favorite dish appears to have been pissed off by the comments of the said online troll who revealed that she should have smashed the Okra in the food.

Most times, Davido do the slamming on her behalf whenever non-fans come for her but it appears that lately, she is proving to be equal to the task.

See their epic exchange below;