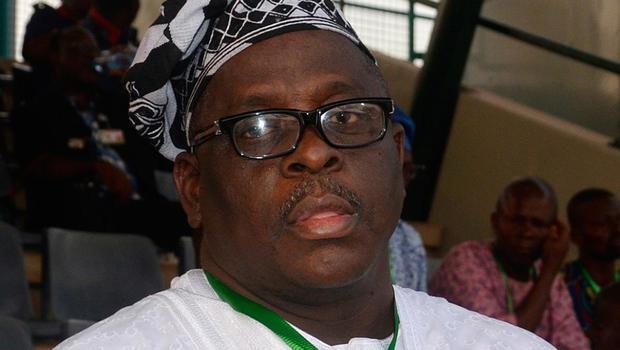 The Lagos Division of the Court of Appeal on Friday nullified a ruling by the Federal High Court (FHC) which prohibited the arrest of Buruji Kashamu by Nigerian law enforcement agencies. The court said the senator is not above the law and should be arrested if there is a need.

The appeal court panel led by Yargata Nimpar overturned the ruling which was delivered by Okon Abang of the Federal High Court in 2015.

Mr. Kashamu, a serving senator representing Ogun East Senatorial District, approached Mr. Abang for the enforcement of his fundamental rights, saying he had uncovered a purported plot by Nigerian security agencies to abduct and extradite him to the United States.

Mr. Kashamu is being sought in the U.S. on drugs charges, although he had continued to deny the allegations, saying it was, at worse, a case of mistaken identity.

In May 2015, the National Drugs Law Enforcement Agency (NDLEA) laid a siege to Mr. Kashamu’s residence in Lagos in a bid to arrest and send him to the U.S. to face drugs charges. For the ensuing six days, Mr. Kashamu reportedly locked himself inside a toilet and refused to submit himself to federal authorities.

His lawyers successfully prevailed on Mr. Abang to grant an order forbidding the NDLEA from carrying out the arrest. The agency subsequently withdrew its personnel, ending the six-day siege.

The office of the Attorney-General of the Federation filed several submissions before the FHC, seeking to arrest Mr. Kashamu for extradition. But the attempts were frustrated by several injunctions granted by Mr. Abang, prompting the AGF to seek redress at the Court of Appeal.

Mr. Kashamu had argued before the FHC that there were plots to arrest him and take him to the U.S. over a matter for which he had been cleared by judicial authorities in the United Kingdom between the late 1990s and early 2000s.

But U.S. authorities insisted that Mr. Kashamu must come to the country to face drugs charges for which several of his alleged co-conspirators had been tried, convicted and jailed.

In 2016, a U.S. Court of Appeal in Chicago, Illinois, ruled that Mr. Kashamu must answer his drugs allegations in U.S. courts.

Despite all the controversies surrounding Mr. Kashamu’s case, the U.S. authorities have not publicly disclosed whether they sought Mr. Kashamu’s extradition or not. But some legal analysts said there was no need to make such request public, adding that the NDLEA’s move to arrest him and send him to the U.S. was enough grounds to conclude that the U.S. was interested in the matter.

Yemi Oke, an associate professor of law at the University of Lagos who filed a watching brief in the case, provided the key highlights of today’s proceedings at the Court of Appeal.

• The preliminary objection filed by Mr Kashamu against the substantive appeals are dismissed as lacking in merits. The Court of Appeal held that the appeal filed by the Attorney-General against the ruling of the lower court is not statute barred.

On the substantive appeals:

• Court of appeal set aside the orders of perpetual injunction granted in favour of Mr. Kashamu against the Nigerian government, the Attorney-General, the State Security Service, the Inspector-General of Police and the NDLEA.

• Court of Appeal ruled that the oral statements of the threat of abduction and attempted transfer of Mr. Kashamu to the U.S. is insufficient, having not been backed by concrete evidence.

• Court of Appeal said the FHC should not have granted the injunction sought by Mr. Kashamu on mere speculation of abduction and kidnapping.

Consequently, the Court of Appeal ruled that the appeal has merit and set aside the order of perpetual injunction secured by Mr. Kashamu.