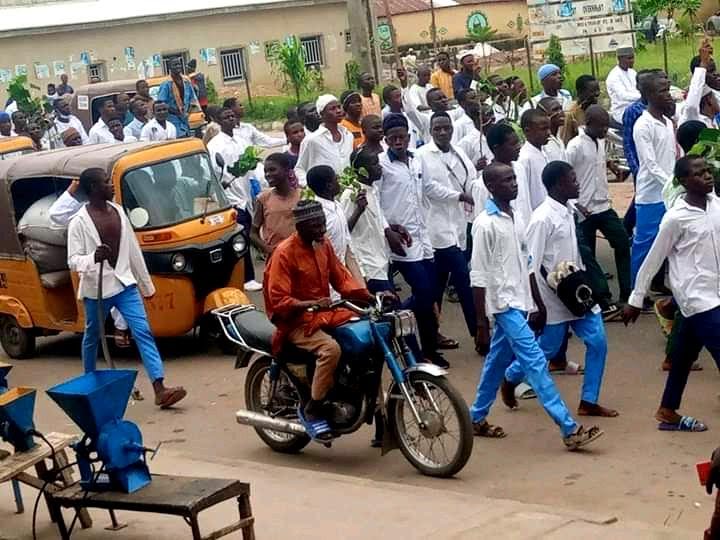 Male secondary school students in Bauchi State, on Monday, protested against a new policy introduced by the state government, separating boys and girls.

The protesting students disrupted commercial activities as they marched along major streets to the Emir’s Palace and the headquarters of the Ministry of Education to express their grievances.

The students wielded placards with various inscriptions against the new education system.

Some of them who spoke to journalists said the new system would make the students lag in social interaction.

They, therefore, appealed to the state governor, Bala Mohammed, to rescind the decision and revert to the old co-educational system which they said is promoting social interaction.

Efforts to get the reaction of the state Commissioner for Education, Dr Aliyu Tilde, failed as his telephone line was switched off as of the time of filing this report.

The PUNCH reported that Tilde recently announced that the state government had decided to separate male and female students in all secondary schools in the state.

All rights reserved. This material, and other digital content on this website, may not be reproduced, published, broadcast, rewritten or redistributed in whole or in part without prior express written permission from PUNCH.

2023: Why we can't work with Obi— ADC presidential candidate