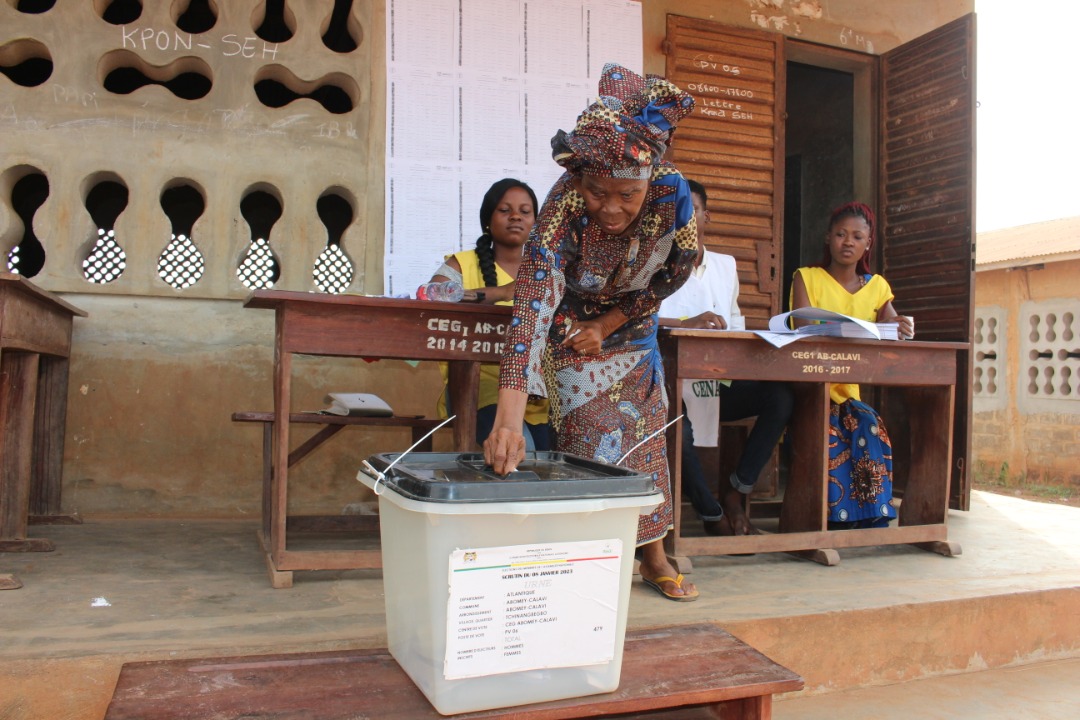 Benin could be emerging from its most profound political crisis since democracy was introduced in 1990. On 8 January, generally peaceful legislative elections were held, unlike the 2019 poll when violent protests against the exclusion of the opposition led to at least four deaths. That crisis tarnished the country’s image as an example of democracy in West Africa.

Although voter turnout this month remains low (37.79 per cent), the elections are the most inclusive the country has held since Patrice Talon became president in 2016. It marks the opposition’s return to the political arena after its absence from the 2019 legislative polls. Leading opposition parties also stayed away from the 2020 communal and 2021 presidential elections.

Seven parties, including three from the opposition, participated in the January vote – the Democrats, the Cowry Forces for an Emerging Benin, and the Popular Liberation Movement. Only three achieved the 10 per cent threshold needed to win seats in the 109-member Parliament.

The ruling parties – the Progressive Union for Renewal (UPR) and the Republican Bloc (BR) – obtained 37.56 per cent and 29.23 per cent of the votes respectively, winning 81 seats. This gives Talon an absolute majority in Parliament to pursue his policies without significant hindrance. The Democrats came third with 24.16 per cent and 28 seats.

The Democrats – headed by former president Thomas Boni Yayi – contested the results, filing various appeals with the Constitutional Court. Among the problems they raised are massive voter corruption on election day and ballot box stuffing in favour of the two ruling parties.

Although the Constitutional Court recognised irregularities in some polling stations, it said they ‘were not such as to compromise the validity, sincerity, and transparency of the ballot,’ and rejected the Democrats’ main appeal. The party should continue to use legal channels to avoid electoral violence like that in 2019 and 2021.

The return of the opposition boosts Parliament’s legitimacy, ensuring that different political voices are heard in the National Assembly after the opposition’s four-year absence. The deputies of the 9th legislature will also have a role in deciding on candidates’ eligibility for the 2026 presidential election, which will mark the end of Talon’s second term. The president announced in 2021 that he wouldn’t run for a third term, in accordance with the constitution’s two-term limit.

Candidates for the presidency and vice-presidency must be sponsored by at least 16 Members of Parliament (MPs) and/or mayors. Although the two ruling parties control 70 of the 77 existing mayorships, the recent election of 28 Democrat MPs increases the chances of opposition candidates running in the 2026 presidential poll.

The Democrats’ presence in Parliament will avoid the scenario surrounding the 2021 presidential election, which was criticised as a foregone conclusion. It was interpreted by many observers as a manoeuvre by Talon to guarantee his re-election by excluding political opponents.

January’s National Assembly election is also a significant advancement in women’s political representation, with 28 of the 109 seats allocated to women, compared to six for the outgoing Parliament. This important step was made possible by new provisions in the electoral code and the 2019 constitution. The real challenge remains women’s effective participation in decision-making and political life more broadly, including in political parties. The new Parliament should prioritise updating the 2008 national gender policy.

After four years of political tension, stakeholders organising Benin’s 2026 communal, legislative and presidential elections should take lessons from previous polls. The effectiveness of the controversial electoral and institutional reforms adopted since 2018 also need to be reviewed. These include the Digital Code in the Republic of Benin of April 2018, the Charter of Political Parties, and the Electoral Code of November 2019.

Although seemingly aimed at cleaning up the party system, improving elections and strengthening democracy, some reforms fueled mistrust and deepened the crisis of confidence between political actors. That was because they were adopted by a Parliament fully controlled by the two ruling parties, and led to the exclusion of the main opposition from three consecutive elections since 2019.

This undermined public interest in elections, and the subsequent low voter turnout raised questions about the representativity of those elected in the past four polls. The ambiguity surrounding certain provisions of the Political Parties Charter and the Electoral Code has also undermined the credibility of institutions charged with organising elections.

The MPs sworn in on 12 February must put the country’s interests first. They need to work together to maintain social cohesion, strengthen democracy and the rule of law, and promote Benin’s development.

As a collective, they must also solve the security crisis in the country’s north. That requires reducing vulnerabilities that violent extremists exploit to gain a foothold. Benin’s peace and stability depend on it.

(This article was first published by ISS Today, a Premium Times syndication partner. We have their permission to republish).