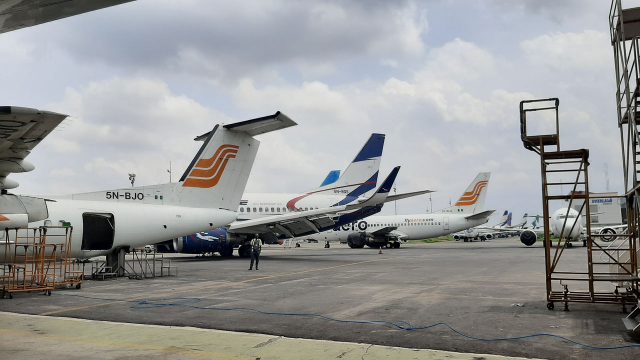 Global aviation targets full recovery, return to profit in 2023
In another turbulent year for the continent, African airlines have been estimated to post a cumulative loss of $636 million in 2022.

Though the trend of losses is not peculiar to Africa, the airlines will further lose $213 million in 2023 in a year global air transport is expected to return to profit – the first since COVID-19 outbreak.

The International Air Transport Association (IATA), in a new estimate released yesterday, projected global airline net losses at $6.9 billion – an improvement on the $9.7 billion loss for 2022 in IATA’s June outlook. This is significantly better than losses of $42 billion and $137.7 billion that were recorded in 2021 and 2020 respectively.

Africa is particularly exposed to macro-economic headwinds, which have increased the vulnerability of several economies and rendered connectivity more complex.

IATA’s Director General, Willie Walsh, said resilience has been the hallmark for airlines in the COVID-19 crisis.

“As we look to 2023, the financial recovery will take shape with a first industry profit since 2019. That is a great achievement considering the scale of the financial and economic damage caused by government imposed pandemic restrictions.

“But a $4.7 billion profit on industry revenues of $779 billion also illustrates that there is much more ground to cover to put the global industry on a solid financial footing. Many airlines are sufficiently profitable to attract the capital needed to drive the industry forward as it decarbonises.

“But many others are struggling for a variety of reasons. These include onerous regulation, high costs, inconsistent government policies, inefficient infrastructure and a value chain where the rewards of connecting the world are not equitably distributed,” Walsh said.

Improved prospects for 2022 stem largely from strengthened yields and strong cost control in the face of rising fuel prices.

Air cargo revenues played a key role in cutting losses with revenues expected to reach $201.4 billion. That is an improvement compared with the June forecast, largely unchanged from 2021, and more than double the $100.8 billion earned in 2019.

Overall revenues are expected to grow by 43.6 per cent compared to 2021, reaching an estimated $727 billion.

On the cost side, jet kerosene prices are expected to average $138.8/barrel for the year, considerably higher than the $125.5/barrel expected in June. That reflects higher oil prices exaggerated by a jet crack spread that is well-above historic averages. Even with lower demand leading to reduced consumption, this raised the industry’s fuel bill to $222 billion (well above the $192 billion anticipated in June).

“That airlines were able to cut their losses in 2022, in the face of rising costs, labor shortages, strikes, operational disruptions in many key hubs and growing economic uncertainty speaks volumes about peoples’ desire and need for connectivity. With some key markets like China retaining restrictions longer than anticipated, passenger numbers fell somewhat short of expectation.

“We’ll end the year at about 70 per cent of 2019 passenger volumes. But with yield improvement in both cargo and passenger businesses, airlines will reach the cusp of profitability,” said Walsh.

He added that the expected profits for 2023 are razor thin. “But it is incredibly significant that we have turned the corner to profitability. The challenges that airlines will face in 2023, while complex, will fall into our areas of experience. The industry has built a great capability to adjust to fluctuations in the economy, major cost items like fuel prices, and passenger preference.

“We see this demonstrated in the decade of strengthening profitability following the 2008 Global Financial Crisis and ending with the pandemic. And encouragingly, there are plenty of jobs and the majority of people are confident to travel even with an uncertain economic outlook,” he said.