10 Ghanaian female celebrities under 30 we are crushing on

10 Ghanaian female celebrities under 30 we are crushing on

We spend most of our time waiting for negative news on them to write about but today, we take time off to celebrate and acknowledge them for their hardwork.

It is about time we accord these ladies with the some respect. Young, hot and successful at what they do, we have selected a list of women who are kicking ass in the creative arts industry.

Some are these ladies who are yet to chalk their fifth year in the industry are doing incredible by changing the game and making names for themselves.

Love them or hate them, we believe they deserve their spots on the list because some of them are putting Ghana on the international map.

From the ones with the charming girl-next-door vibe to the ones with a sophisticated air, or the ones that possess that undeniable sex appeal…here is a round-up of 10 ‘Under 30’ Ghanaian female celebrities we are crushing on!

The multiple award winning talented songstress is arguably Ghana’s biggest female music exploit. Since her introduction to the music scene, Efya, has been on top of her game. Winning Best Female vocalist at the Ghana Music Awards for 4 consecutive years proved her worth in the industry.

Efya is the only female signed to Wizkid’s Starboy Record. Love or hate her, You can’t help but acknowledge her incredible vocals and amazing talent.

Born Berlinda Addardey, Berla, as we all call her is our pretty girl next door celebrity. She is witty, funny, smart and above all on top of her game.

One of Ghana’s favorite Radio and TV host, rose to fame after placing third at the 2010 edition of Miss Malaika.

Berla who is currently the host of Glitterati on Ghone is also interacts with millions of Africans across the continent weekly as co-host of Africa’s first ever syndicated talk show, Moments with Mo – Moments In Ghana which focuses on lifestyle, entertainment and more. This airs on Nigerian TV Channel, Ebony Life TV on DSTV Channel 165 across Africa. We love us some Mundi Charm.

25-year-old Dancehall artiste, Vera Hamenoo-Kpeda, aka MzVee, is one of Ghana’s favorite sweetheart. Coming off girl group, D3, MzVee, has done well for herself to stay on top. Being the first ever Ghanaian female artiste to be nominated for the BET best African act, MzVee has broken a lot more records including dethroning Efya off the her record of being Ghana’s 4 time best female vocalist.

Pretty soft speaking Ghanaian actress, Salma Mumin, just had to make it on our list of favorites! The actress who has been in the movie industry for a while now is finally finding her feet.

Before hitting 30, Salma, has produced a movie by herself. She’s young, beautiful and getting it! We love us girl power, Go Salma.

Sultry singer, Adina Thembi Ndamse shot to prominence after she won the 2008 edition of Charter House’s Stars of the Future.

The Liberian born singer who is of both Ghanaian and South African Descent, got back to the limelight after some time behind the scene with a banger titled, Too Late.

Talk of some of Ghana’s female vocal power house and you can’t do that without mentioning Adina.

Call her thick and Fabulous! Adjoa Akuoku Sarpong is every plus size girl’s goals. She’s beautiful, smart and talented. She gained a high popularity after she appeared as a regular pundit on GhOne’s Tales from the powder room.

And did we mention she is a real life princess? YES! She is the daughter of politician and Ashanti Agogo’s chief, Nana Akuoku Sarpong. AJ, recently made a shocking move from EIB to Citi FM when she was at her peak of her career at EIB Network.

She recently graduated with a Masters Degree in Journalism from the Ghana Institute of Journalism. Yes! Our girl is definitely a beauty with brains!

Can we confidently say thick girl’s are ruling the world now? She was ruling the female dancehall sect for sometime until she took time off to concentrate on school.

Yes! Our girl holds a BSc in Midwifery from Ghana’s premier University.

Kaakie is the first female artiste to perform live on the Big Brother Africa Show. The 26 year old singer has fed us with hit songs and we are still loving her for her incredible talent!

Sultry, Sexy and Hot is how best she is described. Ebony’s claim to fame came after she released her Dancefloor song. Currently managed by Bullet of Rough and smooth fame, Ebony’s bad girl attitude has come under scrutiny and condemnation but the men are loving her.

The 20 year old is currently the hottest female artiste in Ghana headlining almost every top event in the country. Love her or hate her, she does what she does with a bang!

Fast rising Radio and TV host, Elinam Amenyo, is one of our crush! The petite presenter is gradually climbing the ladder at EIB as a fresh face to entertainment.

She hosted Connect, a corporate Karaoke night at Chase Lounge, Labone. She is currently the host of the entertainment news on GhOne’s morning show. Eli Is definitely a talent to watch out for.

Our final girl on the list of girls we are crushing on is budding actress Fella Makafui. We are absolutely loving this incredibly talented stunner.

With a body to die for, Serwaa as she is better known as for her role in youth series, YOLO, is certainly going places. She was rumored to be dating Afro beats star, Mr. Eazi. She is witty, gorgeous and talented. We are absolutely loving Fella! 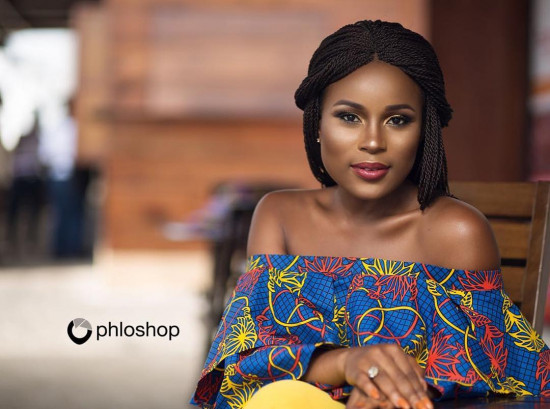 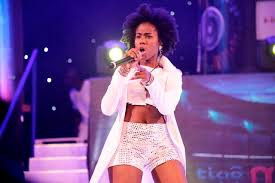 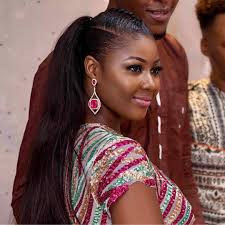 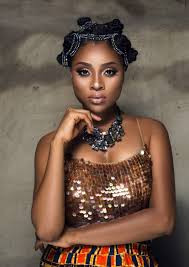 Tags: 10 Ghanaian female celebrities under 30 we are crushing on
Previous Post

Ghanaians talk too much – Lilwin

Ghanaians talk too much – Lilwin